Android vs iOS: how do smartphone platforms compare on accessibility? 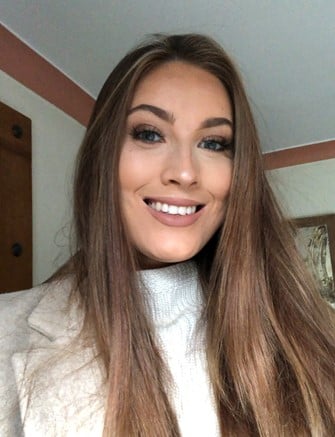 In the ongoing pursuit for an inclusive online environment, the native accessibility features inbuilt into smartphones are a step in the right direction.

The two major operating systems: Android and iOS, are constantly updating and expanding their features in response to the call for equal online access for all.

The native tools are similar across the operating systems, but there are some discrepancies. This is something the team at Web Usability see often when we're auditing mobile sites and apps and how the different operating systems cope with accessibility.

The UK government even recommend the use of native Android or iOS components when building an App to be accessible in line with the Web Content Accessibility Guidelines. The inbuilt tools like screen readers, magnifiers, and voice recognition eliminate the need for third party tools that would be necessary on a desktop computer. But how do the two operating systems compare in their offering?

How do Android and iOS compare on their accessibility features

The features of iOS are divided conveniently under vision, hearing, mobility, and cognitive. All of these features can be found in one place under the Accessibility section in the iPhone’s settings. While this has always been intuitive with iOS, this has not always been the case with Android. A fairly recent update from Google has now brought multiple accessibility features under one app – the Android Accessibility Suite.

One of the most universal accessibility features is the screen reader for visually impaired users. iOS offers VoiceOver while Android offers the equivalent in their TalkBack.

With this particular feature, iOS dominate the mobile screen reader market. In a screen reader user survey conducted by WebAIM it was found that of 1124 users (all with at least one disability) 71.2% preferred iOS VoiceOver, while 33.0% favoured TalkBack for Android. On a usability level, this preference could be linked to the greater scope of gestures that can be controlled and customised with VoiceOver. In terms of integration: users felt iOS was intuitive, easy to use, and integrated with Apple devices in a way that Google’s Android features could not due to the various Android devices on the market.

For the hearing impaired user, both Android and iOS offer subtitles and captioning on audio content. The offerings are similar – there is the option to enable closed captions and customise them (with font style and size for enhanced readability) with both operating systems. However, there are a couple of nuances. Android offers Live Transcribe, allowing the user to get real-time captions as they are having a conversation. Whilst Live Transcribe is an inbuilt feature on Android, with iOS you have to download a subscription-supported app.

The motor features were harder to compare across Android and iOS systems because the iOS offering is considerably more comprehensive. Android have Switch Access which allows users with motor impairments to control their smartphone using switches instead of the touch screen. Additionally, there is the option to use a Bluetooth keyboard as well as the accessibility switch. There are also many more free ad-on accessibility apps in the Play store, but as we are comparing native features alone, Android falls short in this area. By comparison, iOS has Switch Access and an accessibility keyboard with the addition of Voice Control, Assistive Touch and various touch accommodations.

What’s new in accessibility for Android and iOS

Interestingly, the inspiration for this brief comparison was a news article detailing some of Google’s new Android accessibility updates. Google are introducing a feature called Camera Switches where the camera will be used as a switch that can detect facial gestures and removes the need for hand or voice control. This update is exciting, filling a gap that Android had for those with motor impairments.

Likewise, it is an exciting time for mobile accessibility in general. Google and Apple, as two of the technology giants are well positioned to drive improved digital experience for users with disabilities to ensure they have unrestricted and equal use of smartphone devices.