The information architecture of your website is its underlying foundations. It is the structuring, organisation and labelling of website content to enable users, who arrive at the home page, to meet their goals and complete tasks as quickly and easily as possible.

END_OF_DOCUMENT_TOKEN_TO_BE_REPLACED 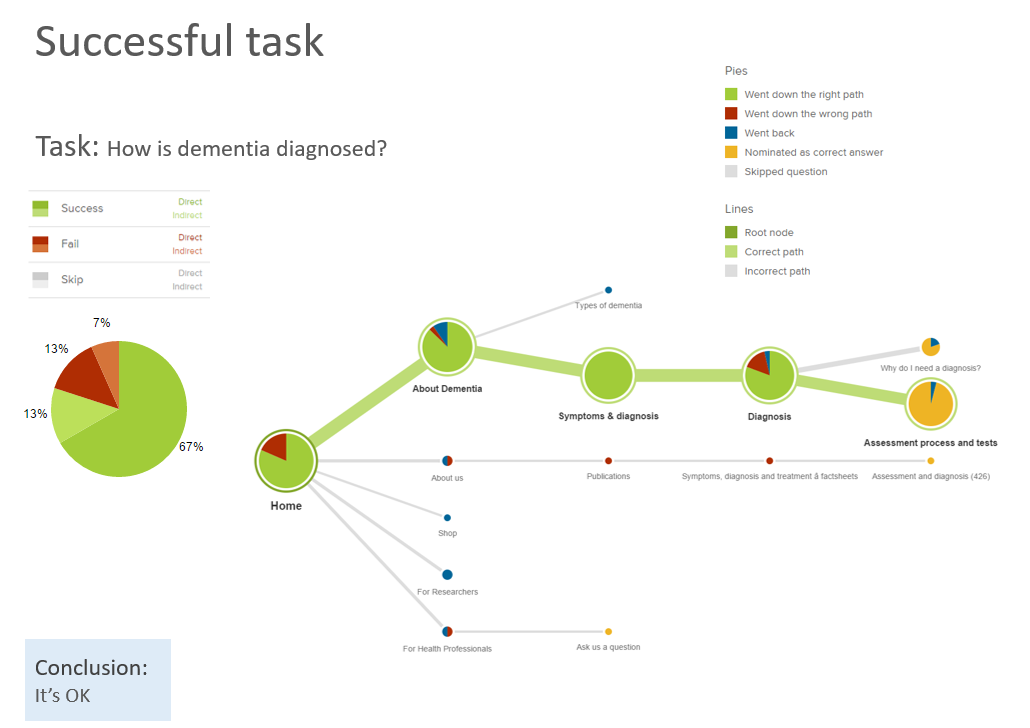 A solid information architecture (IA) is the bedrock of a good website. IA focuses on the structuring, organisation and labelling of website content to enable users, who arrive at the home page, to meet their goals and complete tasks as quickly and easily as possible.

END_OF_DOCUMENT_TOKEN_TO_BE_REPLACED

Personas: what are they and how can you use them

User-centred design puts the user at the heart of the design process so that the resulting product is easy to use. 'Personas' are a way of bringing the user alive - constantly reminding the development team who they are designing for. Personas, for developing web sites, have been around for a while and over the years we have seen both good and bad practice in the ways they are developed and used - so just how helpful are they?

END_OF_DOCUMENT_TOKEN_TO_BE_REPLACED

Information architecture performs better in real life than in testing

I was talking to one of our clients the other day who said that he was seeing a 94% task completion success on his site – needless to say, he was delighted! This was better than I recalled from testing, so I thought I’d dig back into the reports to see what was happening.

END_OF_DOCUMENT_TOKEN_TO_BE_REPLACED

Card sorting - is it always useful?

Having been approached by a large national charity to develop a new information architecture for their website, we were about to suggest a traditional user-centred approach - open card sorting followed by iterative testing of a prototype - when we learnt that the client had already experienced a card sorting exercise, along with usability testing, carried out by another agency.

END_OF_DOCUMENT_TOKEN_TO_BE_REPLACED

We want to undertake projects for clients that will save them money and maximise the success of the project. However, mostly we end up testing websites when they're live; usually there's been no user research or testing beforehand, and all the design and build costs have been incurred. That's not an issue if the site is coming up for redevelopment (when the research will inform the new site), but often these are sites that have only been recently launched (or re-launched), meaning there's no spare budget for revisions. If the site works perfectly and achieves its aims then fine, but regrettably that's rarely the case. Occasionally we get to test sites just before launch, which means that some revisions can be made to increase site efficiency and effectiveness. However, often, the testing surfaces fundamental issues about the site that would ideally require a significant rethink. Either way, there's often limited budget and time to launch a site that delivers a good user experience and good outcomes for the site owner.

END_OF_DOCUMENT_TOKEN_TO_BE_REPLACED

We have recently been looking at testing websites on mobile devices. While most sites are still in Jakob Nielsen's 3 classes of mobile user experience i.e.  horrible, bad or impoverished, where site owners have taken the trouble to develop mobile sites they can be quite good (e.g. BBC, Facebook, Google Maps, etc.) However, to have an effective mobile website, usability is only half (albeit an important half) of the story.