We recently talked about the benefits of usability testing early – it saves you time, money and headaches. But how do you test early?

The answer is prototypes.

But what are they, why should you use them and how can you test them? Read on to find out more.

A prototype is defined as “an early sample, model, or release of a product built to test a concept or process.”

In the UX world, prototypes allow designers to test a hypothesis of how users might interact with a website. They contain skeleton content and navigation that can be tested before a final design is coded.

Prototypes can be produced to varying degrees of complexity with different levels of content, design and functionality.

At the basic end of the spectrum, you will find low fidelity (lo-fi) prototypes. These can be as simple as 2D paper concepts that are moved in front of a user in the sequence they might appear online. A step up from this you have wireframes – a basic digital representation of your site’s structure with the potential for clickable navigation.

Further along the scale, you reach high-fidelity (hi-fi) prototypes, which can look almost like a live site with design, rich content and fully functioning navigation.

There are pros and cons to all options. Lo-fi prototypes require some imagination from the user as they are often lacking in any sort of design or functionality. However, hi-fi prototypes can be significantly more expensive to produce. Where you are in your site development will inform the fidelity of your prototype.

Read more from the Nielsen Norman Group on prototype varieties. 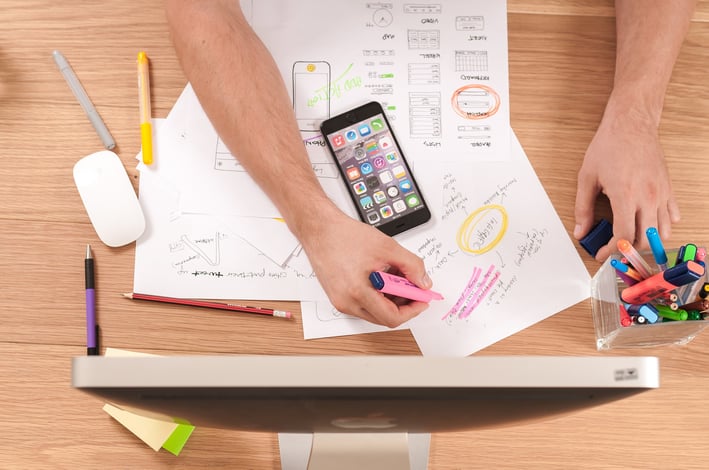 Prototypes are your opportunity to test functionality, information architecture and basic design on your users before a site is fully coded and ready to launch.

This means changes are cheap and ensures the site is built with a user first approach. Prototypes testing will make your final site better and save you pennies in the long run.

How can you test prototypes?

Prototypes can be tested in a very similar way to live sites. Users can be asked about their goals and set tasks to meet them on the site. The moderator may be required to provide additional context when links do not work or when pages are lacking in design. However, they should still adopt a user-led approach to the session and quietly observe behaviours as they would on live site testing.

One advantage of prototype testing is the speed that you can iterate the process. Following a research session, changes and improvements can be made quickly allowing a further round of testing within days, if not hours.

Prototypes are an unmissable step in website design if you want to ensure an effective user experience at the end of the process. Whatever level of prototype you use, you will end up with a better final product. It will be much less embarrassing in the long run if you are the one to pick up on those critical usability issues within your prototype phase rather than waiting for your users to discover them on your freshly launched site.

You may also be interested in: ‘What is the purpose of usability testing’